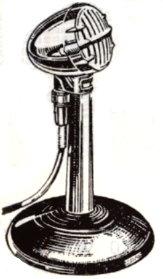 I guess I've been busy since my last update was about the RCARC rag chew and that's what this update is about as well. I joined on-time today and actually participated in the rag chew. Had fun, didn't get all of the folks that were on the call but thanks and a shout-out to the ones that I did get (WB2YVY, Kurt; KC2ZOR, Frank; W2EMN, Ed; and AB2UW, Bill) again thanks for the welcome and I will join the regular monthly meeting tomorrow!
My setup for the net was the same as last week but I did spend some time over the last week, ordering and getting cables and connections for the Ed Fong J-Pole antenna that I bought a little over a month ago. Instead of using the J-Pole antenna mobile (on the beach or at the park etc) I put it inside a 5 foot, 1/2 inch PVC pipe and will hang it all out of the home-office window. So the next couple of days will see how well this works with (a) the Radioddity and then (b) with the RT73 as a semi-permanent solution for operating from inside the house.
----------------------------------------

Updated and revised some of the articles on the site including posting a long overview review of the Radioddity GD-77. I joined the Technology First talkgroup (TGIF and BM #204) hosting, if that's the right word, of the East Coast Reflector net event. I checked in but did not have any traffic for the net other than introducing myself. The first 20 minutes or so was very difficult to understand what the net control was saying as the audio would fade in and out. Apparently net control had to block some connections that were repeatedly connecting and disconnecting to the net which was in turn generating a lot of the interference.
---------------------------------------- 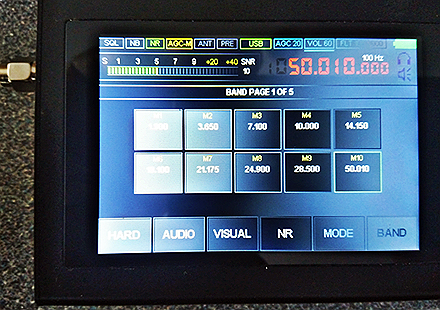 The Malachite SDR arrived. I played around with it just enough to charge it and make sure it was working. The ebay seller indicated that this was a registered version. My initial tests led me to believe that this was running an unregistered demo version of the software. After a little digging around and some Youtube video watching, it appears that this may be registered but has definitely not been upgraded. The SDR is about 6 version updates behind with the SDR at version 1.0a instead of the current 1.10a. The SDR may also be running the demo version as the bandwidth tops out at 400MHZ not the advertised and expected 2GHZ for the registered version. I will have to block out some time to really play around with the SDR.
The Retevis Yagi antenna also came in at the same time as the SDR, but I haven't had a chance to do anything with it. Update: I contacted the ebay seller as the radio, registered or not, appears to be running the demo software so the range is 50hz to 400mhz and far shorter than the 2GHZ that it should be supporting - the seller agreed to exchange and the SDR is now on its way back to them. I will update this when they receive it and (hopefully) when there is an upgraded, registered version on its way back to me. Update 2:The seller just refunded the payment instead of shipping the replacement SDR. It looks like they were charging for an updated upgraded version at nearly $200.00 and sending out the demo version instead which would be less than $100.00 I would have preferred to have the SDR but at this point I'll just take the refund and skip playing around with this SDR. I may just dig up my old RTL-SDR dongle that I have somewhere in my toolbox to play around with.
----------------------------------------

I'm still playing around with the MD-9600, I tried to join the SCRC ragchew net event at 8pm. I managed to contact the repeater but the audio quality was very bad (5-4?). I then dropped the MD-9600 connection and connected instead over Echolink on the Talkpod N59 radio. The audio on the Talkpod is way too loud so I'm going to have to invest in a headset. I did check-in at the end of the net event when they asked for any late checkins but apparently MY audio was too low. I think I turned the mic volume down too low when I was trying to adjust the speaker audio output volume. Oh well, I did at least have a short QSO at the end with K2HOT (Guy) - nice callsign, who did hear my attempt to check-in. Thanks for getting back to me Guy, until you did I wasn't sure that I was getting through at all or if there was a problem on my end, with echolink, or with the repeaters link to echolink.
----------------------------------------

I have not done much with the radio over the last few days and the last two days have been rather nasty with a blizzard in progress, digging out the cars and (futilely) shoveling the driveway didn't leave me much in the mood to play ham radio. I'm guessing that a lot of local folks felt the same as I tried for a QSO a couple of times on 146.52 and 146.55 but got absolutely nothing. I didn't get (or hear) anything on a couple of the local repeaters either.
One thing I did decide was that the Retevis RT73 is in good enough shape to use for now - so no more tinkering with it. I put it on the side for now and put the TYT MD-9600 on the workbench. The two radios are similar enough that I want to apply some of the minimalist codeplug concepts that I worked out on the RT73 to the MD-9600 now. Specifically, I want to make use of the minimalist codeplug approach since the current MD-9600 has the same number of contacts defined as the RT73 but more than twice as many zones defined. I still like the MD-9600 even though it now seems like a big old two-tone clunker sitting next to the pint-sized RT73. The MD-9600 does have that potential 50watt power in its favor to make those distant repeater contacts that the RT73 doesn't quite reach (I'm hoping to still get to Plainview from my house).

'73 from KD2WLL - the adventure continues